Have been thinking for some time now that it's time to let go of my car. It was a loan that turned out to be a gift (that tricky, generous M.), at a time when it was both very helpful to have a car and very scary to take charge of one. It was hard to get along without a car in the Stanford area, which is why my then roommate had left me hers. Very nice of her. Not so nice of the lady in the Jeep Grand Cherokee to roll that stop sign and broadside me (this is where a lot of my chronic neck issues come from). So I wasn't excited to be in a car, especially someone else's, but M. made it sound like such a useful thing for both of us that it was hard to say no. And then, when I tried to give it back, he just sort of wouldn't take it. SO it's been mine ever since. And it's been a real trooper - it's a '94 Saturn, so was already not young when it came to me in 2001, but it has continued to carry me to and fro with relatively little complaint (most of the time). And it came back to me after being stolen twice, and has put up with the indignity of a cardboard and duct tape window for an inordinately long time. And let's not even talk about the era of The Magical Hobo, or all of the "quick trips" it's made on "E," only refusing to move just the one time, and that just recently. Good times, good times.

But, for some time now, I've been thinking that the car and I might be better off apart. Financially, I could do without the expense - in addition to the regular upkeep, it begins to sound sickly, and to leak oil, and to take an awfully long time to come to life. Now, I believe that there is plenty of life left in the car. I'm just not convinced that I'm the person best suited to care for it in these delicate final years. And I mostly don't drive it, and could often manage not to even when I do, so I'm not sure I'm the person most in need of that life.

So, after mulling it over for a time (it's been on my mind for about a year or two - I tend to simmer on big ones like this), I've decided to donate it to an organization that will either find it a better home or see to it that its pieces are sold in legal places, and then 92% of the proceeds will be used to support breast cancer patients and their families. I feel really good about this decision. They're coming on Friday. 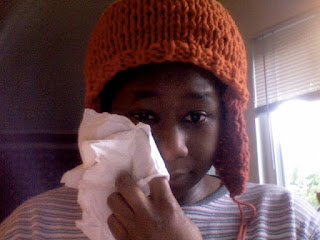 What? No, no - it's just that I hadn't cleaned out the trunk in a while, and I've gotten some dust in my eye.

Email ThisBlogThis!Share to TwitterShare to FacebookShare to Pinterest
Labels: 365(ish), in medias res