Working on a weather-inspired mix. Here's the first track that came to mind:

Any suggestions for good "rain" songs? Leave links to videos in the comments, if you can!

On Monday, when just about everything got overshadowed by the terrible events in Boston, New Hampshire political blogger "Susan the Bruce" wrote of an email sent to the NH House's internal email list (back on April 1)  by Representative Peter Hansen. In this message, Hansen seems to have referred to women as "vagina's [sic]." Here's what Hansen wrote:


The Representative from Manchester [Rep. Steve Vallaincourt] blogged today his full speech from the well at last weeks vote on HB 135.

There were two critical ingredients missing in the illustrious stories purporting to demonstrate the practical side of retreat. Not that retreat may not be possible mind you. What could possibly be missing from those factual tales of successful retreat in VT, Germany, and the bowels of Amsterdam? Why children and vagina's [sic] of course. While the tales relate the actions of a solitary male the outcome cannot relate to similar situations where children and women and mothers are the potential victims. The presence of one or both ingredients demands that a potential totally different outcome might have prevailed and that is the factor which I believe was dismissed in the HB 135 debate and vote.

--quoted from "Vagina's and Children First!" by Susan the Bruce


"Children and vagina's [sic]"? Leaving aside all of the obvious grammar and spelling issues...ok, I can't. If you're going to say something ridiculous like this, can you at least not confuse the possessive with the plural? As written, the sentence is nonsensical, which leaves the reader to figure out the meaning through context clues. He seems to be trying to say that his colleague's argument left some things out. What were those things? Those things were children and...vaginas (the plural of vagina, which must have been what he meant)? What a strange time to be talking about genitalia. Oh, wait -- children and women and mothers -- that makes more sense. Sort of. I'm pretty sure that mothers are women, but ok. So, then -- wait, are we to understand, as it appears, that children : children as vaginas : women and mothers?

The story was also picked up by HuffPo Politics, with both articles discussing the response made by fellow representative Rick Watrous, who asked what any reasonable human being should ask: "Are you really using 'vaginas' as a crude catch-all for women? Really?" He went on to suggest that Hansen think before sending out "such offensive language." Now, I take Watrous' meaning to be that language that conflates "women" with "vaginas" is offensive, and that Hansen should not have sent the language that conveyed that offensive conflation out to the whole office, as it were. Hansen seems to have read it differently:


"Having a fairly well educated mind I do not need self appointed wardens to A: try to put words in my mouth for political gain and B: Turn a well founded strategy in communication into an insulting accusation, and finally if you find the noun vagina insulting or in some way offensive then perhaps a better exercise might be for you to re-examine your psyche," Hansen wrote.


Notice anything strange? Watrous asks if Hansen really (really?!) intends to use "vaginas" as a synonym for "women," and says, I think (I hope) that language that does so is offensive. Hansen responds that his word choice -- the noun vagina -- should not be offensive. But he in no way addresses the more substantive issue, which is what he means by using the noun "vagina" in a place where he should be using the noun "women." Even allowing for the ambiguity of Watrous' last sentence, it seems disingenuous to focus there, instead of on the very clear and substantive criticism he leads with. Because Hansen is right -- the word "vagina" should not be seen as inherently offensive. But that doesn't really seem to be what Watrous is saying. Perhaps the response of NARAL Pro-Choice New Hampshire was more clear:

"Women are more than their reproductive organs. ...We deserve more than being referenced by our body parts."


Hansen seemed to say in his first responses to criticism that that isn't what he meant to do, but it's difficult to get any other meaning from his statement, and he didn't bother to provide a clarification. By Wednesday, Hansen had issued an apology. As quoted in HuffPo Politic's follow-up article:.

"I want to apologize to my constituents, my colleagues and women, especially those in my life, for the blatantly offensive, insensitive and, frankly, stupid language I used in my email with House members regarding the Stand Your Ground legislation," Hansen wrote in an emailed statement.

"I am embarrassed, to say the least. There is no place or need in the public discourse for the words I used. The people and the process deserve better than that."


Notice anything strange, here? Perhaps the problem is that Hansen needs to work on being more clear in what he says, so that he can be sure he's saying what he actually means. Because I can't tell if he's actually gotten the point -- if he realizes that his particular use of the word "vagina," not the word, itself, is the issue. It sounds like he's apologizing for his word choice, not for the thinking behind it. But is the problem really that "there is no place or need in the public discourse" for the word "vagina"? Because I thought that the problem was that there is no place or need in the public discourse to use the word "vagina" in a demeaning way -- as a substitute for the word "women," seemingly suggesting that women are reducible to their vaginas. Using the word "vagina" is not a problem if you are, in fact, talking about women's genitalia and have some good reason to be doing so. See, right now, I'm talking about using a specific body part -- the vagina, as opposed to, say, the leg, or the kneecap -- to refer to women in general. I'm saying that using the specific word for female genitalia to refer to women in general is misogynist, making it a particularly offensive use of synecdoche. I'm also saying that using offensive, sexist language in a professional e-mail is classless and at least a little bit dumb. But those things aren't true because there's something wrong with the word "vagina." Calling women "vaginas" is sexist, offensive, classless, and dumb because women *have* vaginas, as opposed to *being* them. So I am using a perfectly acceptable word in a perfectly acceptable way, while talking about that perfectly acceptable word being used in an unacceptable way. If I were to collectively refer to all of the men in NH's House of Representatives as "penises," that would also be using a perfectly acceptable word in an unacceptable way. I hope we can all agree on that.

Now, if I were to say something like: "Peter Hansen is probably a sexist asshole; he is certainly an ignorant dick who misuses apostrophes," we might reasonably disagree on the use of synecdoche as slang and the appropriateness of being inappropriate in casual conversation.
Posted by elisamaza76 at 12:30 AM No comments:

Well, as we know, Kat Graham -- 2nd seed in the Cher bracket and my pick to win it all -- went out in round 2. Let's take a moment to remember: 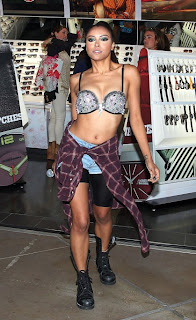 Kristen Stewart (top seed from the Madonna bracket), for whom I'd also had high hopes, fared a bit better, making it through to the Elite Eight before falling to second seed Kim Kardashian.


Kardashian made it all the way to the final, where she faced off against Justin Bieber (I'd predicted a Graham vs. Bieber final, so I got half of it right), top seed from the Bjork bracket. You know how I voted. But whose fug prevailed? Do yourself a favor and watch the montage.


VICTORY! Let this be a lesson to all the unbeliebers out there. 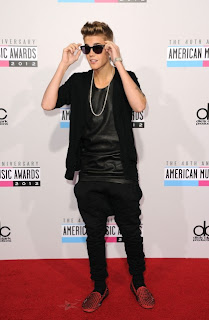 
Editor’s Note: We will be running the Death Watch each Friday, courtesy of our buddy Brandon. Two things to keep in mind: 1) There WILL be spoilers of any and all past episodes. 2) Do NOT spoil any future events. At all. This is a zero tolerance policy, much like the reviews. Any comment with any spoiler gets deleted. Other than that, please enjoy our most awesome new weekly edition of “Game Of Thrones” Death Watch.
—TK, Pajiba

We also agreed that Shae is *decidedly* unsafe. As is Jorah Mormont.

Speaking of being unsafe...as I've said to my brother, I believe that there are just too many Starks running around. In keeping with that, I think Rickon should have a higher death-ranking than Sansa.
Hers is probably just about right at a 4, but I'd bump his up to 6ish, given his lack of development, so far.

I also include the family direwolves in the Stark head count, and would put Grey Wind's odds of biting it higher than Ghost's right now -- they're both in highly perilous circumstances, but I feel like Ghost is not yet done saving Jon Snow's ass.
I'd put Ghost at a 2, Grey Wind at a 4 or 5. But, given how poorly I'm doing at predicting Fug Madness, that probably means they're both more like an 8.


I also link Samwell Tarly's ranking to Jon Snow's, which puts him at the relatively safe end of the impending death spectrum, for the moment.
Having somehow escaped death in the season cliffhanger, I don't think he'll get offed until Snow is there to witness/be traumatized by/be either powerless to prevent or somehow responsible for his death, because that's how much Snow's life sucks.

I think Ygritte is safe, for now, and for similar reasons: she's also not going to get killed before she can help complicate Jon's life a bit more.
Robb's lady, on the other hand, is a goner. I don't know that she's likely to go in the next few episodes, but she's *definitely* on my most-likely-to-go list, so we'll cross that bridge when we come to it.

What do you think -- who's most likely to get axed? Or stabbed, or defenestrated, or poisoned, or set on fire, or...

And remember -- no spoilers from the books (or the interwebs)!
Posted by elisamaza76 at 4:27 PM No comments:

After somehow forgetting to vote yesterday, I was able to get my votes in this morning, just under the wire, for the first matchups of the Elite Eight. In the CHER BRACKET, I voted for Rita Ora (1), largely because I'm holding it against Zosia Mamet (10) that she knocked K. Graham (4eva) out. But also because this.

Meanwhile, in the CHARO BRACKET, I think J. is right -- Heidi Klum (2) seems to be rocking a very specific fug and, if it really were a Boobs Legsly-off (SPLINTER TOURNAMENT!), she'd get my vote. But, on a pure fug-off, I'm giving this one to Rihanna (1), because no.

Later on, in the BJORK BRACKET, I'm hoping Justin Bieber (10) can keep me from ever having to see this picture of Lindsay Lohan (6) again. And, in the MADONNA BRACKET, Come ON, Fug Nation -- KStew (1) should TOTALLY BE WINNING against KKard (2)! UGGGGH!

Sigh. At least The Bieb is still going strong.
Posted by elisamaza76 at 11:53 PM No comments: