Had a chance to go back to WonderCon today for free (thanks, M!), and decided to make the most of it...

After a slow start (could NOT get out of the house this morning), I missed the first half of the first talk I wanted to go to, "From Buffy to the X-Men: Female Comic Book Superheroes in Women's Poetry." The Q&A had already started when I got there. Too bad, because it sounded from that portion like it was probably an interesting reading. I spoke with the author for a bit afterwards, was supposed to stop in at her booth later, but missed her. I'll definitely be getting her book, though. 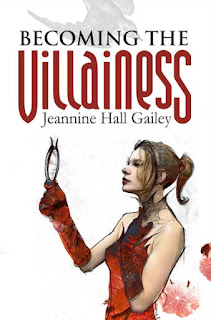 As it turns out, the speaker from yesterday's panel (Jennifer Stuller, Ink-Stained Amazons...) seems to be a friend of hers, and I ended up talking a bit with both of them. Stuller asked me to email directions to this place (we were talking Dollhouse). I'll try to do that before I chicken out. I did warn her, though, that the review is spoiler-heavy, and she'll probably have forgotten about it by the time she watches the show (she's planning to watch before Slayage, in June)...

PS - How is it that I'm just finding out that there are Buffy/Whedon conferences?! 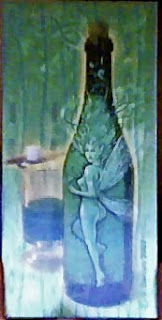 Anyway, went to that talk, then went back to the exhibit hall to find a little thing I wanted to get for my brother. Also passed by a booth where I'd seen a picture that I liked, thought I'd buy the card version. They only had the particular picture I wanted on small gift tags, as part of a set, but they were nice enough to sell me just those (for $1, which is definitely in my price range).

Also saw some more fun peeps at the autograph tables: 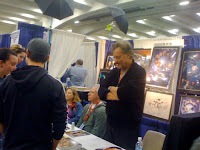 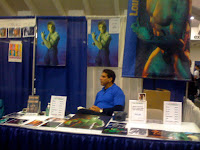 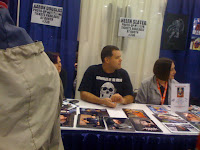 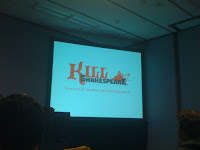 Then it was back upstairs for a panel on a new title called Kill Shakespeare. Shakespeare's "greatest heroes and greatest villains" all in one place. Richard III wants Hamlet to kill this evil wizard named Will Shakespeare. Not sure how much I need to read that book, but the panel was amusing. Most amusing moment came courtesy of Ron Rebholz, professor emeritus at Stanford (English), who said he objected to the entire project on the grounds that the narratives of the plays in questions should be kept intact, which they're not here, but applauded the imagination and virtuosity  that's gone into it. His tentative judgment, he said, was that the project is a "great mistake." There was also a funny moment when one of the creators joked that the first issue would be scratch and sniff. "It smells like brooding," supplied one of the other creators.
And then it was time for the screening/singalong of "Once More With Feeling" Lots of fun, though the crowd was actually a bit quieter than I'd expected. 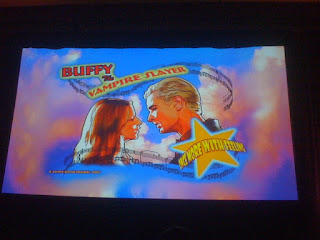 I forget how good that episode is - it was good to see it again, and a fitting final event for Wondercon 2010.