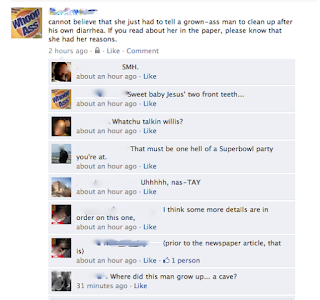 Details? Well, as the book says, everybody poops. Sometimes it's messy. Grown ups who are not disgusting bastards clean up after themselves, rather than waiting for their moms (who don't live here), the maid (we don't have one), or the shit fairy (imaginary) to come along. Nasty bastards with no home training think they should just leave shit splashed up the insides of the toilet, waiting for me when it's my turn to clean the bathroom later this week. Hell no. Also? 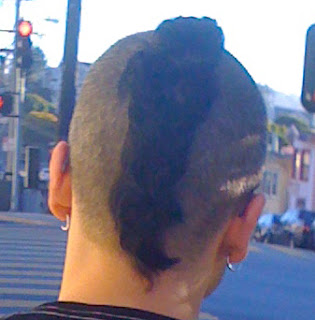 You have really stupid hair.