Some snaps from the last couple of weeks

File under: fashion police. There's too much going on in both of these - I'll let the pictures speak for themselves. 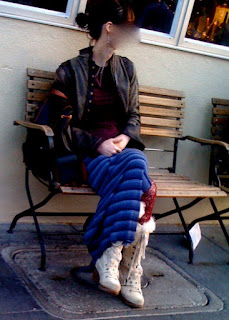 File under: Things that just shouldn't be happening. 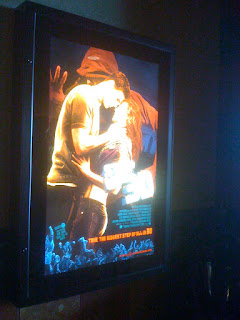 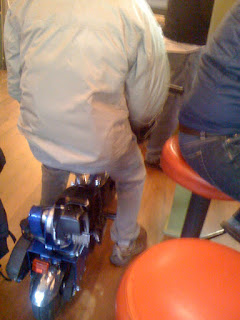 This fool rode his little moped thingy into Burgermeister. Which is both tiny and indoors. 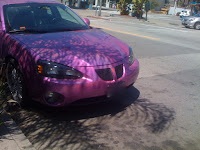 Someone bought this car. In addition to being this color, it sparkles in the sun. Like some fuchsia Twilight-vampire car. 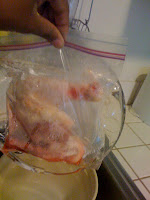 Also? I'm pretty sure the setting on my fridge is too high. Instead of defrosting, the water around the chicken froze. 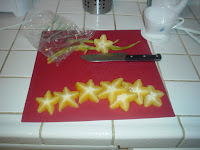 
Also appetizing was my catfish poboy at Queen's Louisiana Poboy Cafe. It wasn't much to look at, but it was delicious. There were also praline's there, from Pralines by Yvonne. Not the best I've ever had, but tasty enough for a random praline in San Francisco. I didn't take a picture of any of the food at Queen's, but I did like the signs. 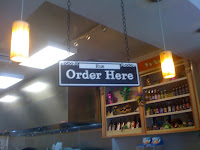 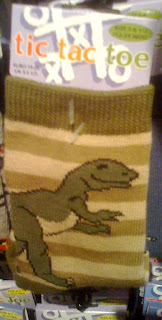 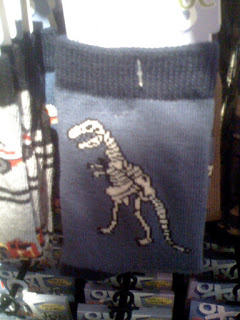 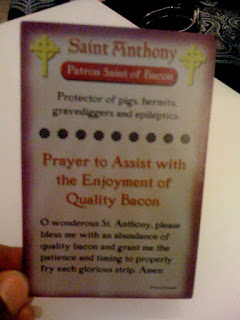 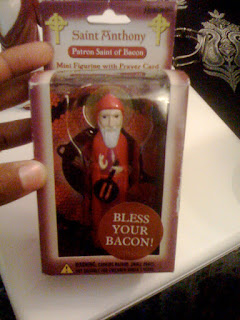 A present from R. The chocolate was MUCH better than the movie  :) 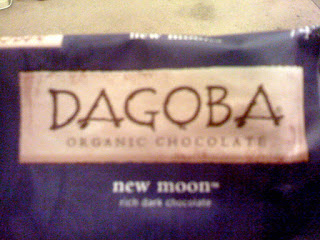