In other news, I have officially become a Crazy Plant Lady. It's like a Crazy Cat Lady, but with fewer hairballs. How crazy? Well...

Let's start with the jungle corner. 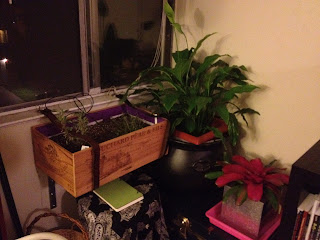 Up top is a plant that's been with me through 3 apartments now (one in Palo Alto, one in San Francisco, and now here in Oakland). It survived San Francisco, and finally started to flourish last year, when it lived at my desk at work.

To the left is the herb garden (sage and oregano). 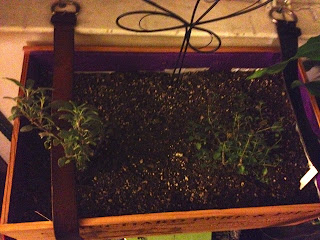 It's looking sort of skimpy again but for good reason -- things got so fluffy (the oregano, especially) that I harvested and dried some. Tonight's sage-butter popcorn was made with fresh sage  :)


To the right is one of my newer plants -- a fuchsia bromeliad I got just over a month ago.

In the middle is the peace lily, which has grown like crazy in the last year. I begin to wonder if there are steroids in Oakland's water supply. 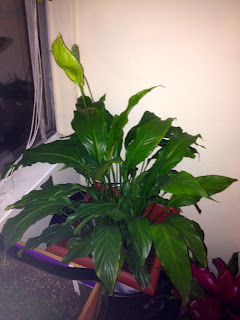 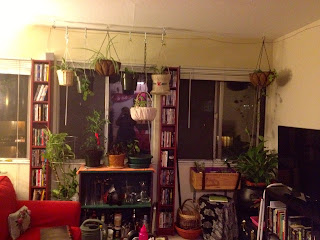 Plants in the middle window are hanging from the plant rail I installed, inspired by the pot rail I put up in the kitchen. Snaptoggle Heavy Duty toggle bolts might be my new favorite things. 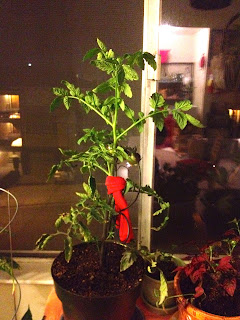 Below the rail is a gift from my friend K.: purple tomatoes. Not sure how those are going to work indoors, but I've been reading that it's possible, and the apartment gets *a lot* of sun, so we'll see how it goes! 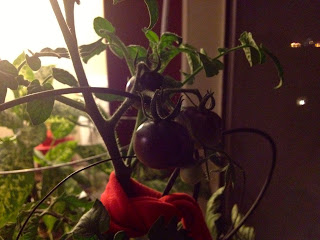 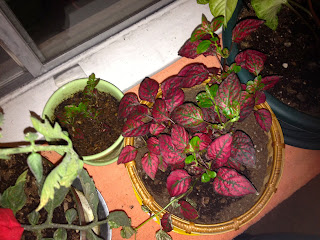 Also on top of the "bar," alongside the tomatoes, is another new plant. I thought I'd killed it while I was in Louisiana, but it bounced right back. The little pot next to it houses the first clippings from it, which have already rooted in water. 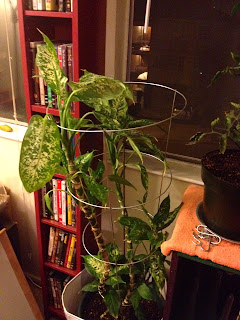 I almost drowned this one in San Francisco, so its largest stalks are floppy (thus the tomato cage). But it's definitely happy here -- look at all the new shoots! 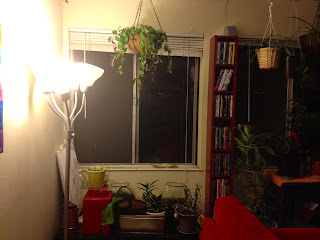 Hard to get a good shot of the other corner with the lamp right there, but it's mostly succulents over there. The hanging one was a housewarming present (to myself). I actually bought two plants, and this is the one I was really worried about killing at the start. Naturally, it's in fantastic shape, and the other one is dead. 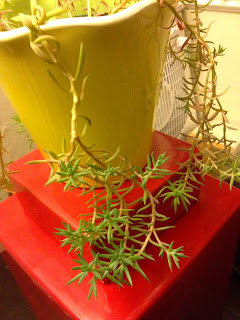 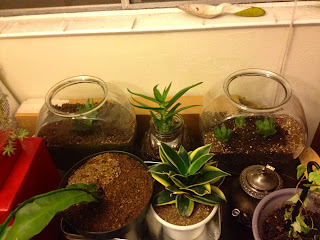 Left, a trailing succulent; right, all the rest. 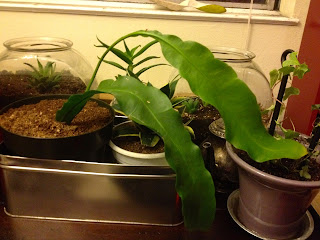 Nightblooming cereus, from a clipping given to me by Plantmaster J. 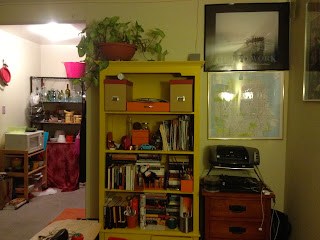 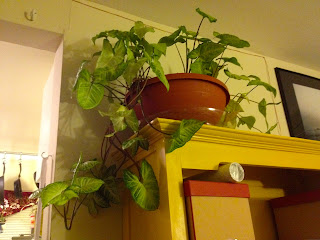 Another plant from J. I've recently moved it, because it didn't seem happy in the window. 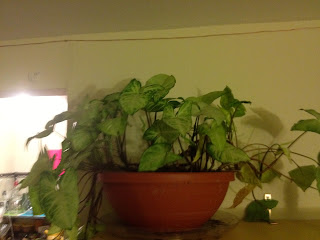 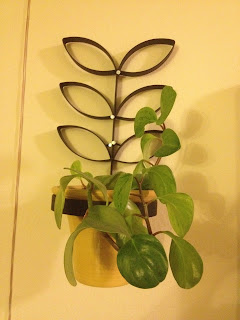 I haven't been able to figure out what it is, so can't compare it to one I know is healthy. It used to stand up, then it just flopped over one day, but it doesn't seem to be unhappy, and has been growing well. 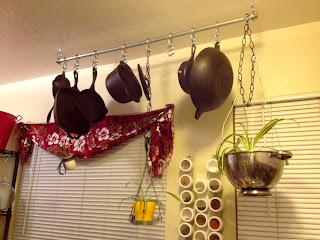 In the kitchen, that pot rail that I mentioned, home to a couple of spider plants, a tillandsia, and a whole bunch of cast iron. 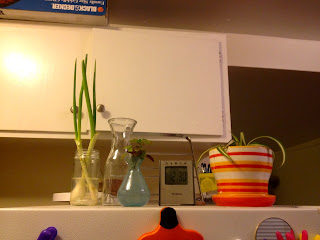 Green onions in water, another spider plant, and more minis of the red and green leafy one. 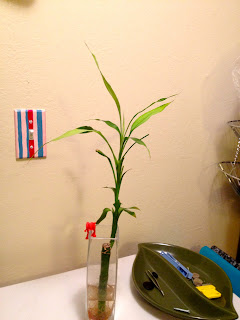 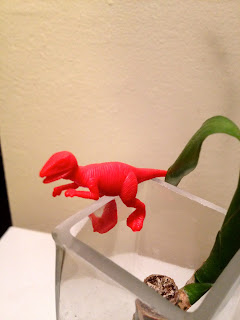 The only piece of lucky bamboo that made it to Oakland. And, yes, that is a plastic velociraptor standing guard. 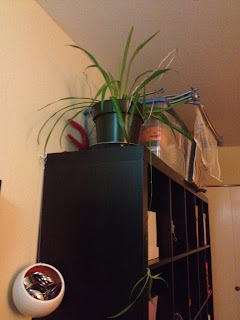 In my room, a spider plant that didn't start flourishing until a few months ago -- look at the baby spider  :) 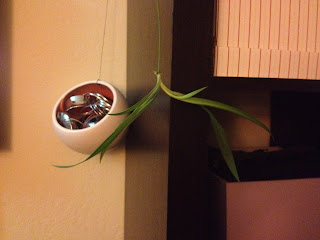 Meanwhile, outside, there's mint, basil, more green onions (I've never tried replanting them before), another bromeliad, a smaller (but steadily growing) clipping of J.'s Night Blooming Cereus, and a jade plant. They're not in proper formation right now -- I've temporarily moved a few of them into a spot that gets more direct sun, in the hopes of drying them out a bit. I'm much more likely to drown a plant than to let it die of dehydration. 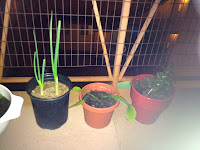 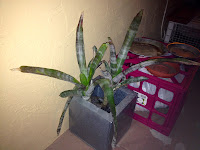 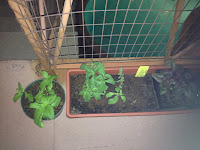 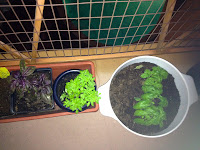