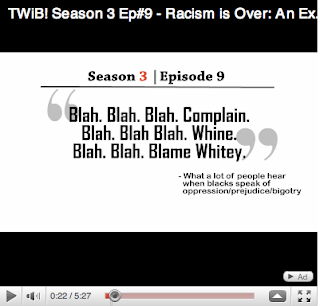 Elon James White on racism being over. A couple of highlights:

Oh, how I love to be told to get over it, you know? It's like the smell of fresh-baked bread in the morning, ha ha. If that bread was being baked by an unpaid negro and then later on they were going to have to go pick cotton.

Email ThisBlogThis!Share to TwitterShare to FacebookShare to Pinterest
Labels: awesomeness by other people, hegemony, race/culture, rant