A quick heads up: I'll be tinkering with things in the next few days, including importing in some archival material from previous blogs. If you follow me on a feed, things might go a little haywire -- my apologies in advance!

As I prepared to post this, I thought I'd find a stock "under construction" image to add, just for kicks.

This one seemed apt: 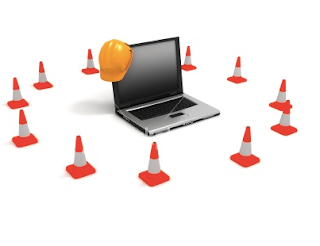 While this one seemed oddly ominous: 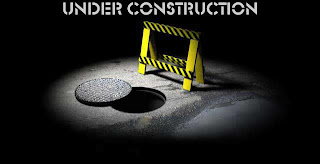 Then I thought maybe I'd post a hot construction worker, instead. Now, I figured I knew what would come up on a google search for that term -- lots of heavily oiled models, probably some frontal nudity (true, on both counts). But, after the first few greasy photo shoots, and before the first penis, there was a familiar face: 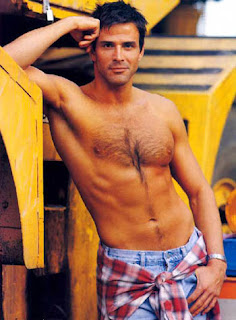 Any guesses? Here's a hint:

Wow, 1994. Can we just take a moment to talk about the fashion and hair in that commercial? I mean, I know some of the women are supposed to look particularly repressed, but...wow.

But back to Lucky. 18 years later, I recognized this guy's face, and immediately remembered his name. Lucky Vanous. Now, it's a memorable name, in all fairness, but I'm not really sure what made his face stick. He's good-looking, but I'm not sure I'd really pick him out as particularly hot, if I saw him in an ad today. Maybe that's part of it, though. The commercial caused quite a stir, and was notable for its then-surprising reversal of the standard "hot chick's hotness used to sell something" trope, and Vanous was sort of a thing, for a bit -- enough that he was featured in that annual archive of It Boys and Girls: People 's "Most Beautiful People" issue:

The commercial seems pretty tame now, but I feel like it was kind of A Big Deal, 18 years ago (let that sink in), that the blatantly objectified body being used to sell something besides Calvin Klein underwear was male. And were those CK ads (first one in 1982) ahead of their time on that?

I've never been sure whether this was brilliant marketing on Coca Cola's part, or not. Here's what I do know: I do remember it as a Diet Coke commercial, but it never induced me to drink Diet Coke. Even in 1994, when I remember talking about that commercial in the hallways at school, there wasn't guy -- male model or not -- hot enough to get me to drink Diet Coke.